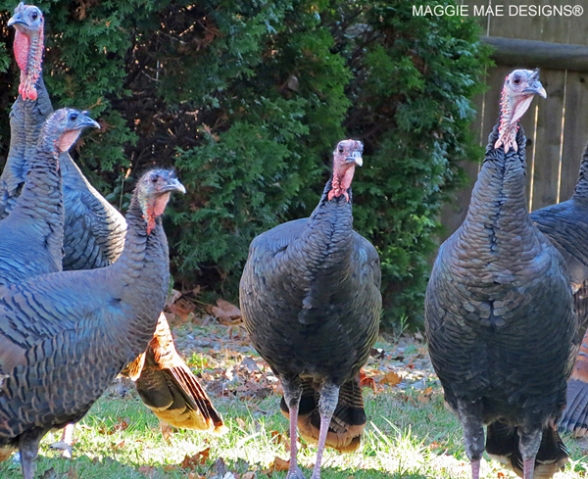 We are thrilled to declare that there was a tie in Marmee’s hat contest for the annual Turkey Trot Parade!

After a tally of all the social media and email votes, it looks like Hats #1 and 3 tied for first place, with Hat #4 a close second and Hat # 2 pulling up the rear in third.

Excited to get to the parade, our little Marmee trotted off with her winning chapeaux as soon as the results came in.

We ran to see if we could spot her in the crowd.

And there was our little darlin’, right in among some of the parade participants  proudly donning her leopard fleece cocktail hat!

We were so busy taking photos and answering questions from the press that we kinda’ lost sight of her for a moment.

But shortly thereafter we saw her pop up a little further along the parade route, proudly sporting her other winning chapeau, the fedora!

And causing a bit of a stir, from what we could tell.

It seems that a few of the turkeys had abandoned the parade, mid-trot, as soon as they saw Marmee coming in her cute little fedora. Myohmy, turkeys in flight!! 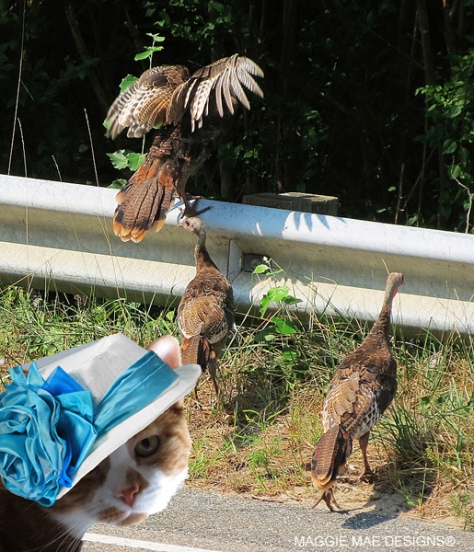 Thankfully no turkeys were harmed, so all’s well that ends well.

And our Marmee sure did look cute in her parade chapeaux, thanks to all of you who voted!

Happy Thanksgiving, one and all. 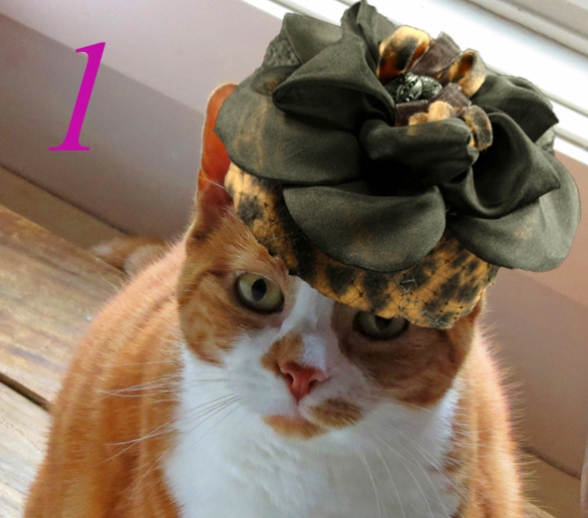 Please choose your favorite from the following chapeaux for Marmee to wear to today’s Turkey Trot Parade! 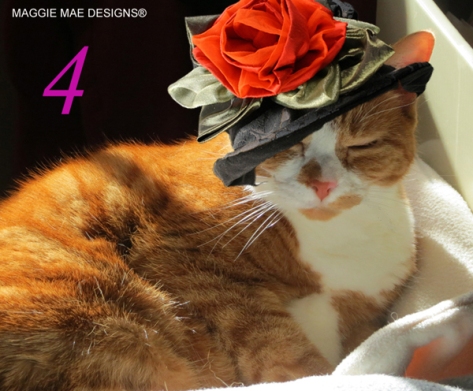 Important Announcement: The Turkey Trot Parade today starts today at 2 PM. Voting Deadline for the hat you want Marmee to wear to this glorious annual event is set for 1 PM.

So pick your favorite hat, and be sure to look for Marmee along the parade route!  😉