It was Labor Day Eve and I wanted to get to the point at Forest Beach before the crowds.

Passing by the far osprey nest I heard a lone chick, still being fed at the nest, crying mournfully for his favorite sushi. 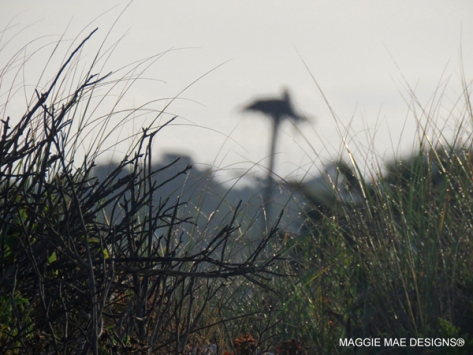 And along the shoreh I discovered new shells scattered on the grainy, sunlit sand; treasures that the sea had washed up overnight.

I heard the voices of two fishermen preparing their lines for what looked to be a full day of fishing.

While an eager Skipper called urgently for the launching of his own vessel; clearly not pleased with the delay. 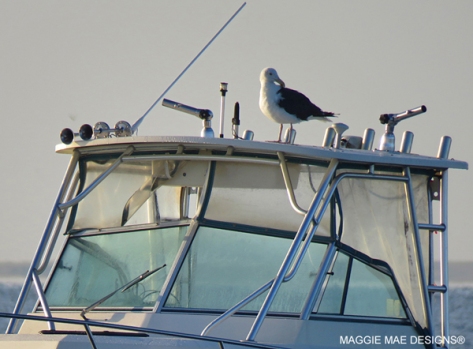 And though I knew that his business was all about finding fish, he seemed as curious about me as I was about him!  😉

Further up the beach, sandy-bottomed canoes and kayaks, dragged into the dunes, now awaited their turn at sea… 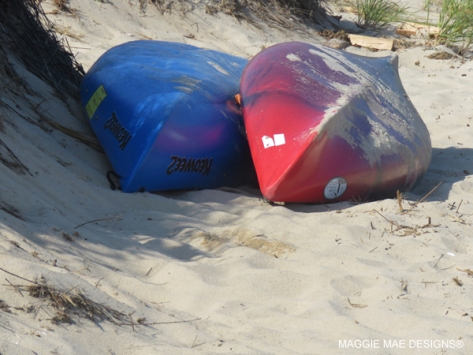 While chairs set up along the channel; awaited the sunbathers who’d staked out their favorite spots the day before. 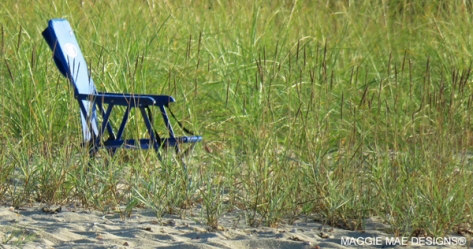 Several early swimmers were already taking an early morning dip; their squeals piercing the quiet as they realized that the water was colder than they’d expected. 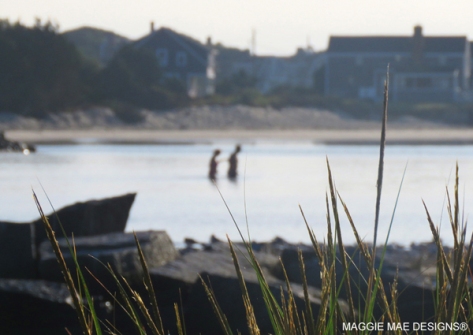 I arrived at the point at last and sighed a long, deep sigh, Labor Day was finally HERE.

I pulled the quiet stillness tight around me; an old, familiar blanket whose comfort I had been missing for a long, long time. 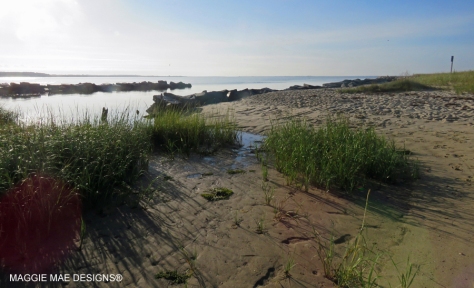 Out on the flats, flocks of Laughing Gulls, Black-backed Gulls and terns preened and chattered as new arrivals landed every minute.

When all at once up popped the cutest tiny Song Sparrow onto the jettie in front of me, whispering, Now what’s all the fuss about?

I got a few shots of the rosehips along the edge of the marsh; ripe and ready for someone with a great jam recipe. 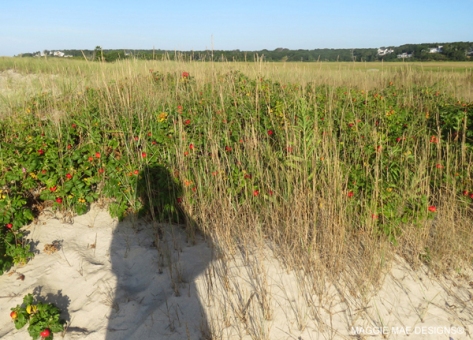 I’d have stayed there all day, yet I knew that the crowds would be moving in.

Heading back along the beach I noticed that my fisherman friend was busy at his fishing still, whiskers to the sea breeze…

And that the Tern families had finished their preenings and were heading for the shoreline and some fishing of their own. 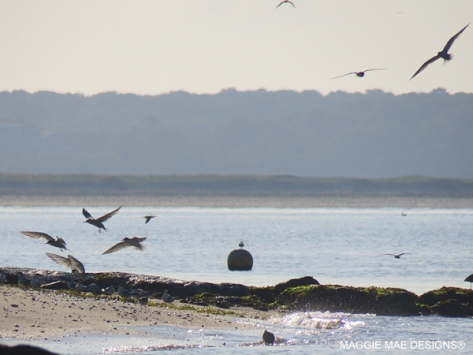 Peeking over the dunes I spotted a large flock of Great Egrets and Snowies, fishing in the tidal creeks.

Our salt marsh ballerinas, and more than usual this year which has pleased me.

Just before the final jettie I met several young Black Ducks, busily jabbed their bills into the frothy waves in search of their own Labor Day breakfast. 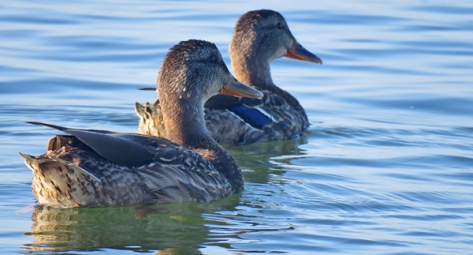 Yet as always with Black Ducks who are never too busy to be polite, they wished me the nicest, Good morning! and I did the same. 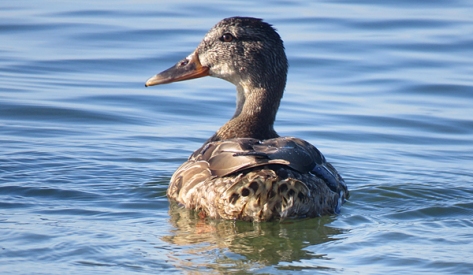 I simply could not have imagined a better way to welcome the end of summer, out among friends sharing the beauty of the sea.

Happy Labor Day, one and all!